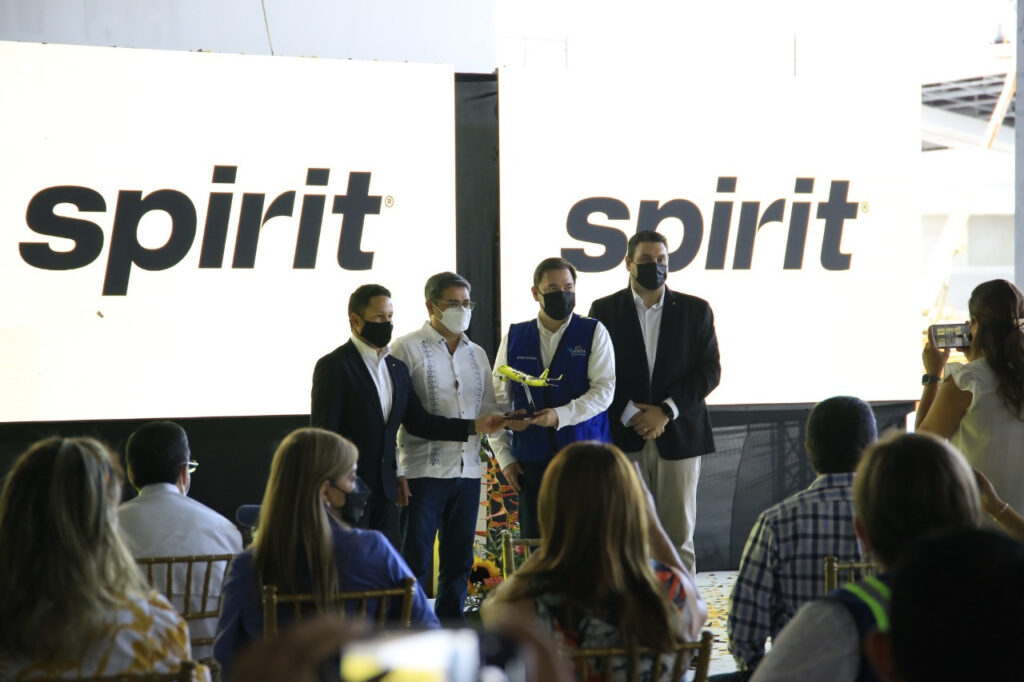 The low-cost airline Spirit Airlines became the first airline to confirm on Wednesday that it will operate three flights from the United States, starting on November 17, at Palmerola International Airport in central Honduras.

This was announced today by the director of Spirit Airlines Latin America International Airports, Camilo Martelo, during a ceremony in the presence of the President of Honduras, Juan Orlando Hernández, and the Director of the Airports Division of the Emco Group, Peter Fleming.

"Today we announce that we will begin services in Palmerola starting November 17 with three direct flights: Miami, Fort Lauderdale and Houston," he said.

Martelo said that Spirit Airlines, which has been flying to Honduras since 2007, "is more Honduran than ever."

Palmerola Airport, a project partially funded by Spain, was banned in 2015 during Hernández's first term in a public-private partnership and has been awarded to the consortium of Emco and the international operator in Monaco, which will invest approximately 87 million dollars in the contract. for a period of 30 years.

The Honduran government official said the construction of the Palmerola, which is due to be completed this year, was "not easy" due to interrogations in various sectors.

"I knew the potential of Honduras' Palmerola and Comayagua Valley," said Hernandez, who said the arrival of Spirit Airlines at the new civilian airport means "competitiveness" and will allow for low-cost flights and more facilities. to be able to fly. ”

He added that Honduras is the only country in the world that has a law that benefits low-cost airlines so that people can buy their "cheapest" ticket.

Honduras is the nation "with the greatest diversity of short-distance tourist destinations and now at low prices, there is no country in the region that has this advantage, I am very happy, because it was a dream," he said.

President Hernández emphasized that his country was "preparing to be among the big ones" and thanked Spirit Airlines for its "confidence", confirming that it would fly to Palmerola, which would operate on the same site as an air force base. Honduran. The United States operates in the United States in the early 1980s,

HONDURAS, A COUNTRY OF OPPORTUNITY

Palmerola will be "just a part of what will eventually be a huge work area through the 'city-airport' concept," added Hernández, who said the new terminal would open up "thousands" of opportunities for Hondurans.

"This is Honduras today, I said it and we did it. Let's prepare to fly high, trying to reach our goals and thank the Spirit for the trust in Honduras. This is a country with opportunities and we need to take advantage of it. "Hey," he explained.

Palmerola will be headquartered in the central department of Comayagua, the capital of the country, founded by the Spaniards, and is partly financed by Spain with 53 million dollars, as part of a debt conversion program with Honduras, while 23 million will be insured by the Government of Honduras.

The responsible consortium expects Palmerola to receive 1.7 million passengers a year, compared to 290,000 received by Toncontín in 2019.

The work, whose runway includes a 39,000-square-foot building, will have eleven boarding gates, four of which are removed, a commercial ramp and a loading ramp, according to Emco.

Free timetable for transport from Toncontín to Palmerola