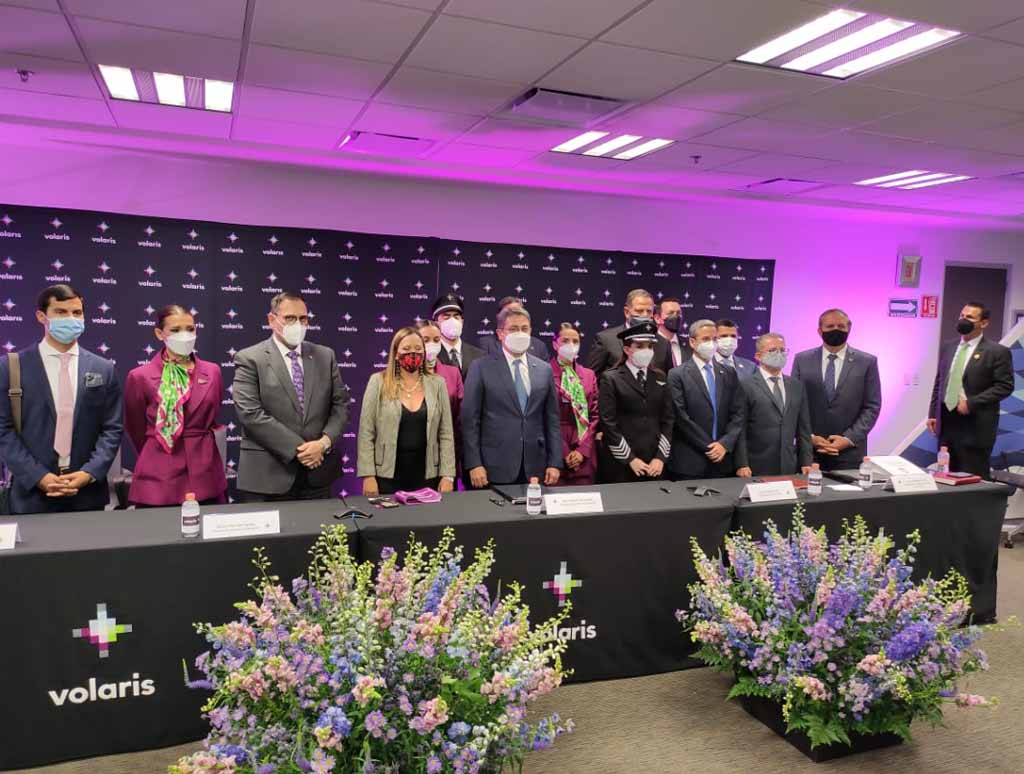 The Volaris branch in Central America will soon add Honduras as part of its business in the region, with the start of the route between San Pedro Sula in northern Honduras and El Salvador.

Volaris and the Honduran government have signed a letter of commitment to formalize the start of air operations in the Central American country.

Volaris President and CEO Enrique Beltranena acknowledged the Honduran government's vision of being the first to propose and pass a law to promote low-cost air travel.

According to Chief Volaris, procedures are under way to establish the San Pedro Sula operation, which could be active by the end of October next year, and he added that there are plans to establish connections at El Salvador la Roatán International Airport. the new Palmerola Airport, which has also been operational since October.

"This decision is crucial for the reactivation of the sector, as well as one of the markets with the most connections with Mexico and the United States. For this reason, I am proud to announce that we will initially open the San Salvador-San Pedro Sula route and will be the only low cost airline to operate it.with connecting flights to Central America, Washington DC, New York and Los Angeles in the United States, from El Salvador ", said Beltranena.

It is planned to operate flights between Honduras and the United States in accordance with procedures with the authorities by 2022.

Honduras is an attractive market for Volaris due to its resemblance to those currently operating in the Central American region and the potential it offers for business development to various destinations in Central America and the United States. According to the US Migration Policy Institute, Honduras is the third country with the highest number of migrants in that country, with 18.6%.

Volaris began operations in El Salvador in 2017 and has since carried more than 600,000 passengers on five routes: two to Central America (Guatemala and San José, Costa Rica) and three to the United States (Los Angeles, New York-JFK, and Washington Dulles). ). Although this is the first time the airline has arrived in Honduras, it is a commitment to regional air connectivity in that country.

"I want to thank President Juan Orlando Hernández for his willingness to advance and improve the competitiveness of air in Honduras by adopting modern legislation with clear rules that will allow for rapid growth of industry and connectivity in the country, and the construction of a terminal. aerian.de international level in Palmerola (with the new Palmerola International Airport in Comayagua, northern Honduras, which will initially replace Toncontín, in Tegucigalpa). At Volaris, we want to be allies of post-pandemic growth because we are able to generate more connectivity at the lowest cost and bring family and friends closer together, which will result in a significant increase in air traffic in the region. Beltranena concluded.

For his part, Hernández stated that “Honduras can be proud to be the only country in the world with a law on cheap flights. We did it not only to increase tourism and attract investment, but also to allow more Hondurans to travel for less. ”

The protocol ceremony, presided over by President Juan Orlando Hernández and Volaris President and CEO Enrique Beltranena, was held at the Volaris corporate offices in Mexico City.

It should be noted that Volaris is also processing its Salvadoran flag carrier license, which could be operational, as it has expired, starting with September 15, a significant date for Central America, which is celebrating the bicentennial of its independence.

At the same time, the first United and American flights arrive in Palmerola