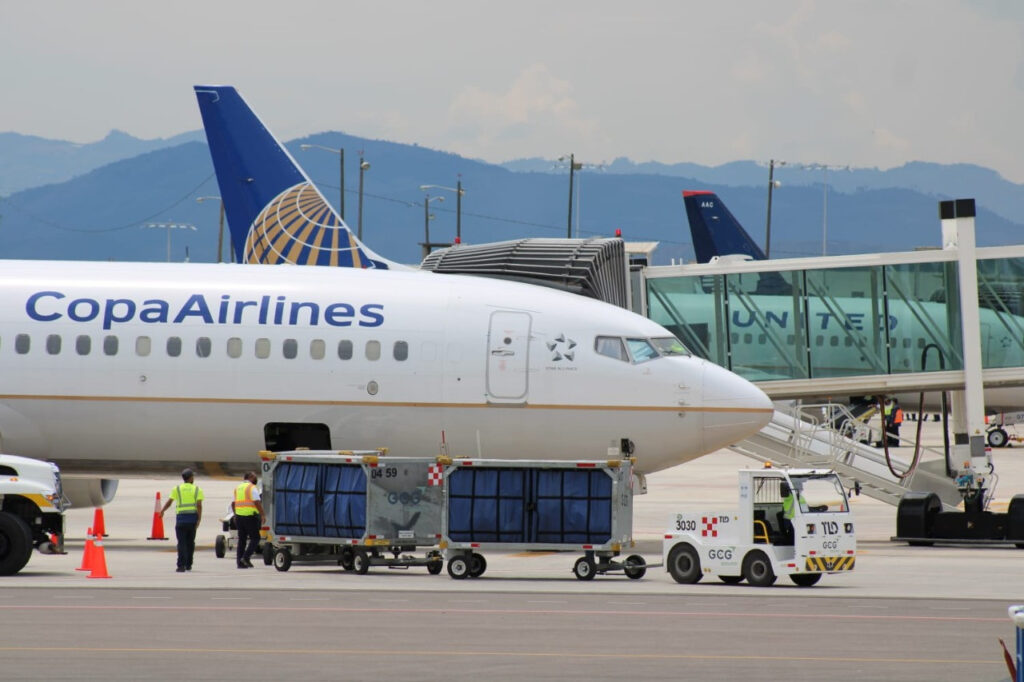 Palmerola International Airport It brought multiple benefits in the first months of activity, which favored the development and employment in the country.

modern air terminal, which opened its gates to the world with a flight from United States of Americaand receiving for the first time in the history of the Central Zone a low cost airline: Spirit Airlines, It stimulated aviation in Honduras and helped increase passenger flow.

"air transport plays an important role in the socio-economic development of Honduras. 2021 marked a turning point for the sector; when a new one is inaugurated Palmerola International Airport The country has decided to expand its air connectivity and thus take advantage of the opportunities offered by active and competitive air transport ", he said. David Hernandez, area manager of the International Air Transport Association (IATA) for Central America, Cuba, Ecuador and Venezuela.

"Honduras inaugurated a new terminal, which offers new opportunities to attract new airlines and new destinations that will result in a greater transfer offer passengers and cargo", indicated the Hernandez.

Operational safety, a megastructure from beyond 40,000 mp only in the passenger building, the possibility to serve several flights at the same time with seven boarding bridges, among others, the advantages represented a great attraction for the arrival of new airlines such as: Spirit Airlines and Aeromexico, which added to the increase in the operations of existing companies: United, Copa, American and Avianca.

"The airlines that were already present have increased their frequencies and switched to airplanes bigger. We have a wider runway, seven boarding bridges and operational safety is guaranteed for passengers. We are negotiating with other airlines and we hope to conclude agreements and announce new operations ", he said. Peter Fleming, Executive Chairman of the Emco Group Airports Division.

Only in the first quarter of this year, compared to the previous year Toncontin, Palmerola has already managed to move 46% more passengers than in Central zone. The destinations that had the most movement are Houston, Miami, Fort Lauderdale. Other destinations that have grown are Panama, Guatemala and El Salvador.

The new airport began its night operations a month ago, receiving a flight from Avianca, from Saviorthe open 24/7 It will make it possible to register more and more connections, making the terminal more competitive internationally.

next July 11th, Airlines Cup will open a new night frequency in Palmerola, to generate more connection opportunities for passengers.

"24/7 operation has made the airport more competitive and offers more passenger connection options to other destinations. We are working to continue to increase the offer and to open new routes ", said Manager Palmerola.

In turn, the IATA representative, pointed out that the night operations of palm makes the country more attractive and generates better connectivity, mainly with United States of America.

"The impact of the new airport is already tangible in the central area of Honduras: The frequencies have been increased for both Miami as Houston. Night operations, which were not possible due to Toncontin's complex approach, will allow this Tegucigalpa and the central area be better connected with United States of America as well as other important hubs in the region, ”he said Hernandez.

In just over six months of activity, palm managed to drastically reduce the cost of airline tickets traveling from Central area of ​​Honduras.

Gone are the days when travelers gave Tegucigalpa and the central-southern area from Honduras had to travel over four hours by landin San Pedro Sula to fly because ticket prices have dropped so much since the opening of Palmerola that it is also much cheaper to travel to some destinations in Palmerola than from Ramon Villeda Morales Airport.

In some cases, the reduction in the price of airline tickets is greater than USD 600 in Palmerola, as it exists in the new air terminal ticket in the United States for less than $ 290 respect with the high costs that were previously in el Toncontin Airport, where a ticket could cost more $ 800 and $ 1,000.

Invigorating the economy and employment
palm has already generated important results in the economic sector of the central area, in the first six months of activity, it is an example that in the city of Comayagua there was a increase by 130%. in the number of new business openings and more 3,000 new jobs.

"Comayagua is growing and it can be seen in the construction sector that there is a significant increase in both new housing and commercial activities: markets, office buildings and warehouses, among others. Its opening companies grew by 130% since the airport began operations. In other words, they have opened over 300 new companies ", Gabriela Padilla, Executive Director of the Comayagua Chamber of Commerce and Industry (CCICOM).

Load the terminal
The new freight terminal in Palmerola, whose construction takes place at maximum capacity, in the first phase will have a first storage area for 3,000 sqm and 10,000 sqm square meters of land, developed Ronnie LeSage, Adimex manager, operator responsible for customs management.

LeSage He explained that they have already started installing the shelves, where the packages will be located, and they already have the Hyster fleet that will be used to move the goods inside the terminal.