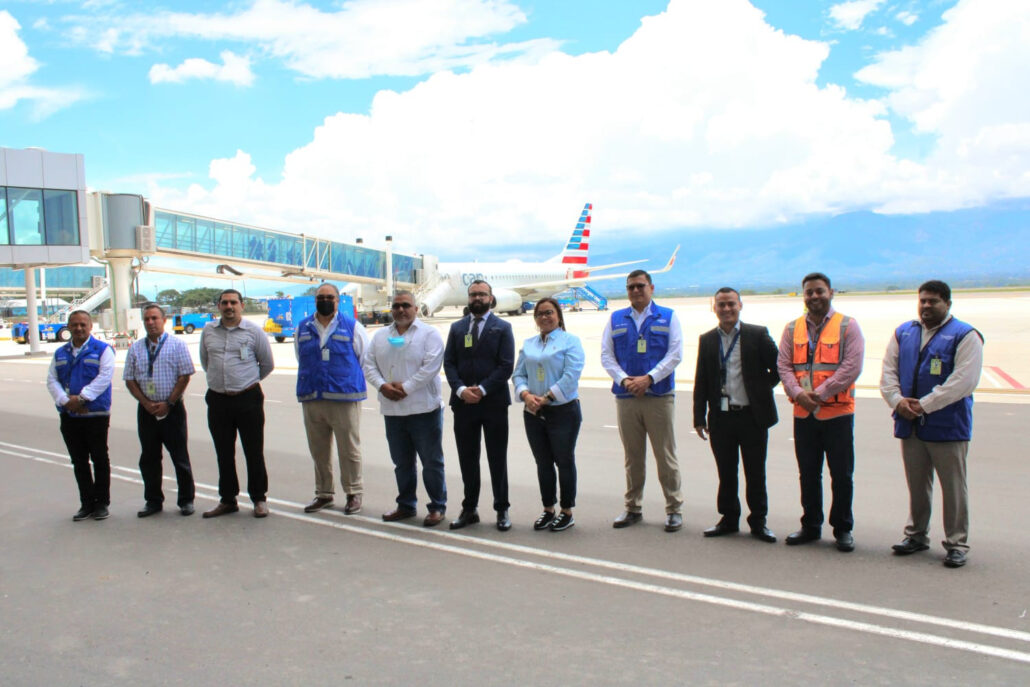 the authority of Palmerola International Airport and the National Institute for Teachers' Welfare (Inprema) held the Board of Directors meeting after a tour of the new airport facilities.

Behind visit to the airportemphasized the Inprema Commission the modernity and efficiency of Palmerola and emphasized that the conduct of the meeting dand the Board of Directors It's a big step.

Héctor Díaz, Inprema control commissionerhe emphasized the modernity of the structures by Palmerola.

Díaz added that this approach provides security to the teachers' union and to them as authority. "We are officially starting Inprema's relationship and participation on the board of Palmerola International Airport. This meeting is very important, because it gives calming the teachers down who with their contributions fund Inprema and also give us peace of mind as an authority,” he said.

Commissioner Diaz considering that the Palmerola operation looks quite good. "We are glad that the airport managed to work well".

In turn, Eric Spears, Legal representative of the EMCO Groupof which it is a part Palmerola International Airport, He specified that, with the start of meetings with Inprema within the Board of Directors, the company continues to fulfill all its commitments.

“Palmerola International Airport continues fulfills all its obligations towards Inpremaalready with this step are integrated into Board of directorswhere he holds the position of curator in the Board of Directors".

The lawyer declared himself satisfied with the great impression made by the commissioners Press, knowing the airport in detail. "In terms of technology, Palmerola is one of the most modern airports from Central America and places Honduras at the international level of the region's competitiveness".

Due to his relationship with palmInprema's income will now quadruple, resulting in a much higher income for its funds.

Only, so far this year, Palmerola has already done it two advances to Inprema adding a total of 77.5 million lei (L77,589,260) only with the payment of interest, which represents a large profit for the institution.

Palmerola again this year will make an additional payment to Inpremawhich means that the institution will receive from the company a total of 116.4 million lei.

Compared to the revenues that Inprema had at the beginning of this year will receive 74 million pounds more than he earned for that money, for which he only received approx 42 million swipes.

The sudden increase is due to the fact that with the contract with Palmerola the interest increased from 2 to 7% for the benefit of Inprema.

Starting next year and beyond, Inprema's revenue will grow even more from then on palm will make a total of four payments, hence the amount that Inprema will receive will increase to 155.1 million clear annually.

Spirit will begin overnight flights from Palmerola to Fort Lauderdale