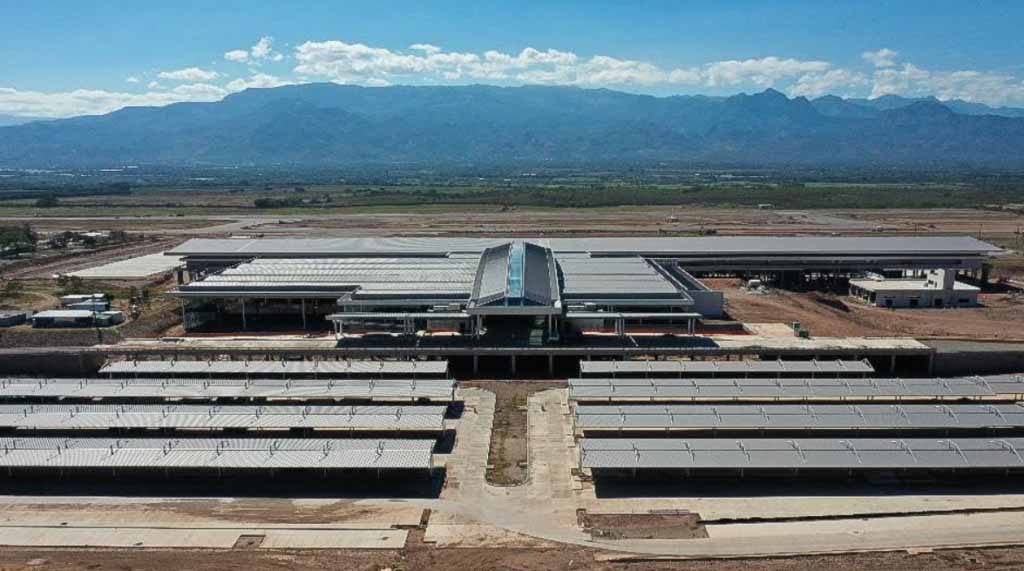 Honduras is finalizing the details of the construction of the new Palmerola International Airport, which will start operating in October, with an investment of $ 200 million and generating 2,000 direct jobs in its works.

Opening of the International Airport palmlocated in the province of Comayagua, 80 kilometers north of the capital (Tegucigalpa), generates high expectations for entrepreneurs, producers and the tourism sector in the country.

Currently, contractors and engineers are adjusting the details in the construction infrastructure for suspended ceilings, electrical systems and the installation of air conditioners, among others.

Palmerola Airport will have a passenger terminal of almost 40,000 square meters, seven boarding bridges, the capacity to receive up to 13 aircraft at a time on the platform, a cargo terminal of 3,000 meters square with cold chain technology and many more than 1,200 covered parking spaces.

In addition, it will have an air conditioning and water system that meets the highest environmental standards of the United States and the European Union.

Honduran President Juan Orlando Hernández has announced that the airport will have a state-of-the-art navigation system "that no airport in Central America has."

"First of all, God, in October we will deliver to Honduras and Central America the great Palmerola Airport, which has always been everyone's dream," Hernández said at the recent delivery of the 4.8-kilometer stretch of the CA-5 Las Highway. Mercedes-Villa de San Antonio in Comayagua.

"Everyone (the president of Honduras) said they would do it, and they don't ask me why they didn't do it. Honduras deserves it and Honduras will soon be in service, as I said. slogan: said and done ", said Hernández.

International traffic from Tegucigalpa Toncontin International Airport is expected to be transferred to Palmerola, which has been operating since the 1980s as a joint military air base between Honduras and the United States.

This is due to the fact that Palmerola has better operational safety conditions, with a longer runway and less problematic geography than Toncontín, which has caused plane crashes in the past, one of which was in May 2008, when an Airbus A320 TACA Airlines took off. and Captain Cesare D'Antonio died, his co-pilot was seriously injured and two passengers and two other passengers on their way to the road where the plane crashed on runway 02 died, from south to north .

Palmerola is the result of a public-private partnership with the consortium of Alutech and Munich AirPort, which will also build the new cargo terminal at San Oscar Romero International Airport in El Salvador.