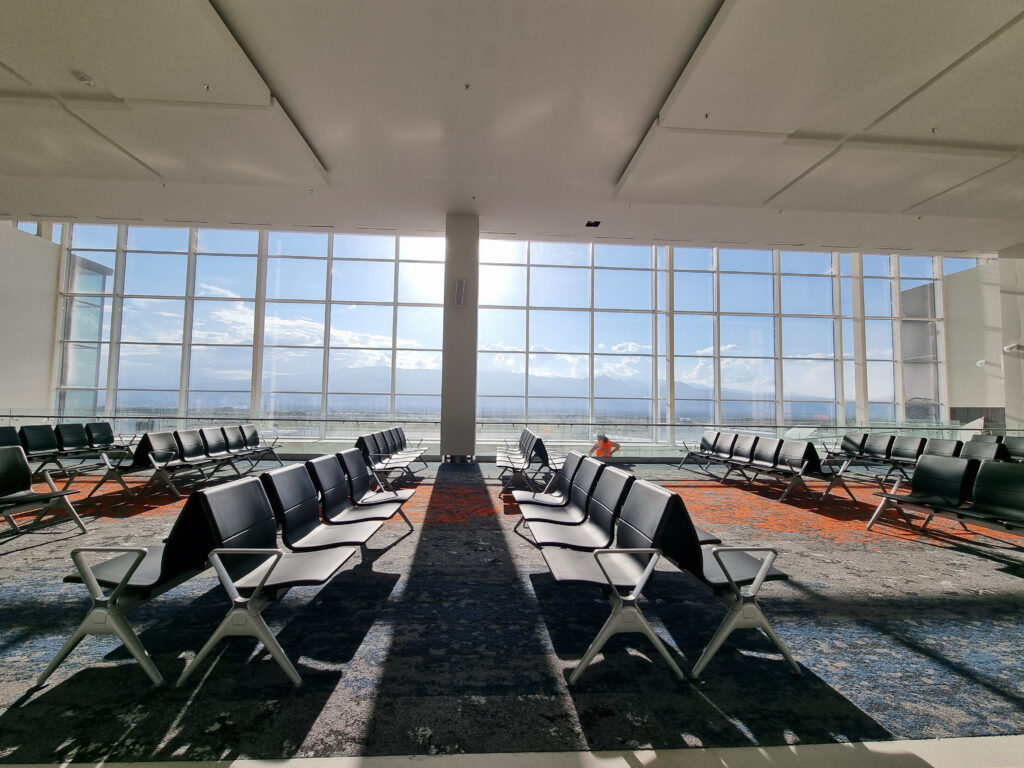 Honduran air transport will evolve with the start of operations at the new Palmerola International Airport, which will have the most advanced security and airport technology in Central America.

The amount of equipment at these inspection points is four times higher than in Toncontín, which will help make the review process and airport flows much faster than at other air terminals in the country, international airport authorities said. from Palmerola (PIA).

Palmerola will have over 450 surveillance cameras. In terms of operational safety, the airport is a guarantee, as it has a runway of 2,440 meters. In technology, you will have an automatic BHS baggage sorting system.

The terminal will simplify procedures for travelers, as it has 40 check-in offices and 34 immigration offices. In addition, it will have 18 devices for Inauguration check-in. Peter Fleming, chief executive of Grupo Emco's airport division, said the terminal would open on Friday and that 95% of the building work had been completed.

"The transition process begins on Friday with the official airport unveiling event, and flights to Miami, Fort Lauderdale and Houston begin on November 17," Flemming said. The Grupo Emco executive pointed out that eight airlines are confirmed to operate at the airport.

AeroMéxico and Spirit Airlines like us and those operating at Toncontín Airport that will gradually be added to the operations of the new air terminal. These international airlines are Avianca, United Airlines, American Airlines, Copa Airlines, Tag Airlines and Costeña Airlines.

The airport will have the capacity to operate several airlines due to the 40,000 square meters.

The seven sleeves are more than double the amount they have, even adding those of Toncontín Airport and Ramón Villeda Morales in San Pedro Sula. The building already has 45 commercial spaces allocated, and PIA authorities indicate that an extension will be developed before the start of the operation due to high demand from businesses wishing to operate.

Carlos Miranda, the mayor of Comayagua, reported yesterday that the airport attracts domestic and foreign investment in the municipality.

"For Comayagua as a city and a department, it is a great opportunity that we must take full advantage of, no doubt that these macro-projects generate challenges that we are aware we have to face," said Miranda.

The mayor said that Palmerola will generate an economic movement and sources of employment that will represent growth for the national economy due to the new investments.

Baggage and X-ray inspection equipment are already being tested at the airport.