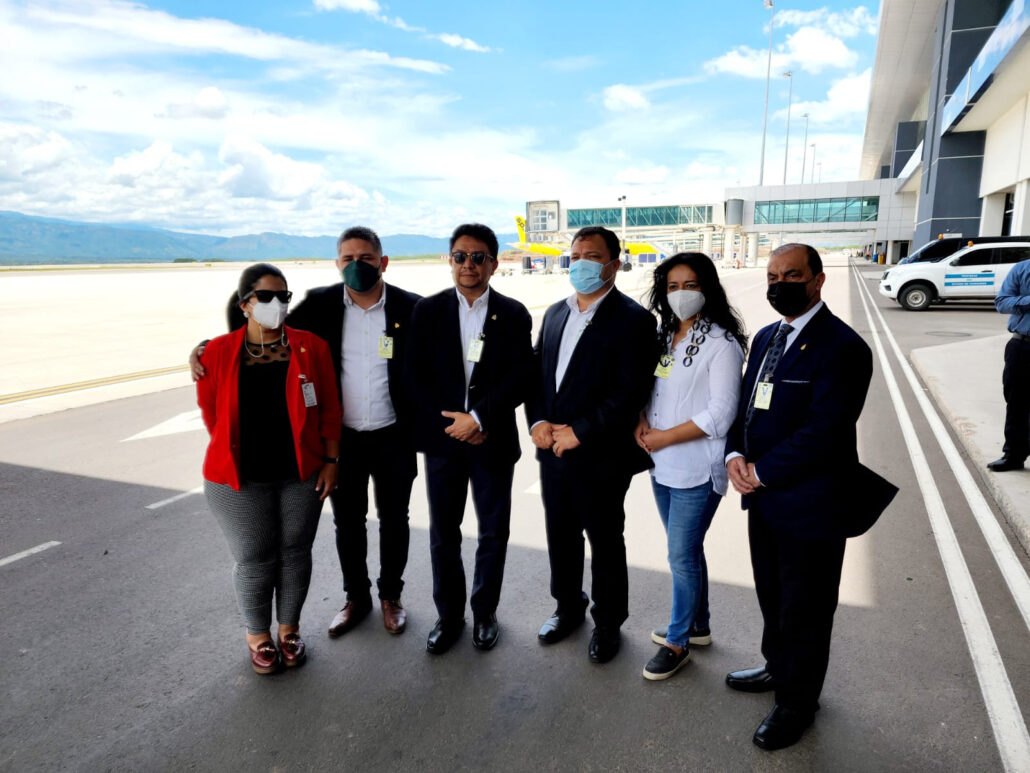 The Committee of Deputies of the National Congress visited the Palmerola International Airport and was impressed by the technology, infrastructure and high level operation of the new terminal.

Members of Congress were welcomed by Palmerola International Airport authorities, the airport's operating company, for a tour of the various areas of the terminal, both public and reserved, where lawmakers said state-of-the-art technology and a great job by the company .

Deputy Jari Dixon, from the Libertad y Refundación (Libre) Party, highlighted the airport and the work of its operator, Palmerola International Airport.

"It shows there's a job, it shows there's technology, skilled staff," Dixon said, adding: "It's a new airport with state-of-the-art technology. We'll include in the report everything we're doing they've seen us and - they explained."

Dixon added: "We got to see a lot of areas of the airport that aren't in the media. I think most of us only knew what we see in the media and social media, but today we saw a lot of other areas. We're going to do a relationship goal,” he said.

"It's my first time coming to the airport and I'm impressed with the whole operation, the physical facilities, the technology and the safety, and so we're going to get a good rating on our report," Bari said.

The deputy from Cortés assured: "We had the best impression of the physical facility, very modern, and its operation. That part of our relationship will undoubtedly be very good. We want to thank the airport authorities, they treated us very good and above all they did not restrict our access to any of the airport facilities.

While also MP José Jaar, from the National Party, said he was hit after visiting the airport.

"We are really impressed with Palmerola. The knowledge of all the internal operations, its technology and the complexity of the terminal is something to emphasize. It is a great job here and it has to be said."

Erick Spears, legal representative of the EMCO Group, of which Palmerola International Airport is a part, emphasized that the company, as always, showed its transparency and expressed satisfaction that the deputies were able to see all the modern airport technology and facilities.

"We received the National Commission of Congress and clarified all their questions. We are glad that they were able to learn about the high level of operations and technology, as well as the infrastructure of Palmerola. This is a beneficial work for Honduras."

In its first months of operation, Palmerola has already managed to bring in two new airlines, increase air traffic by 46%, generate more than 2,000 direct jobs, enable 24/7 operations, reduce the price of airline tickets and build a cargo terminal that will stimulate the commercial economy and the agricultural sector in the area.

In operations, we have achieved biosecurity accreditation from the Airports Council International (ACI) for our strict protocols and our operation has been highlighted by the International Air Transport Association (IATA).

Fenaduanah highlights the modernity of the Palmerola cargo terminal