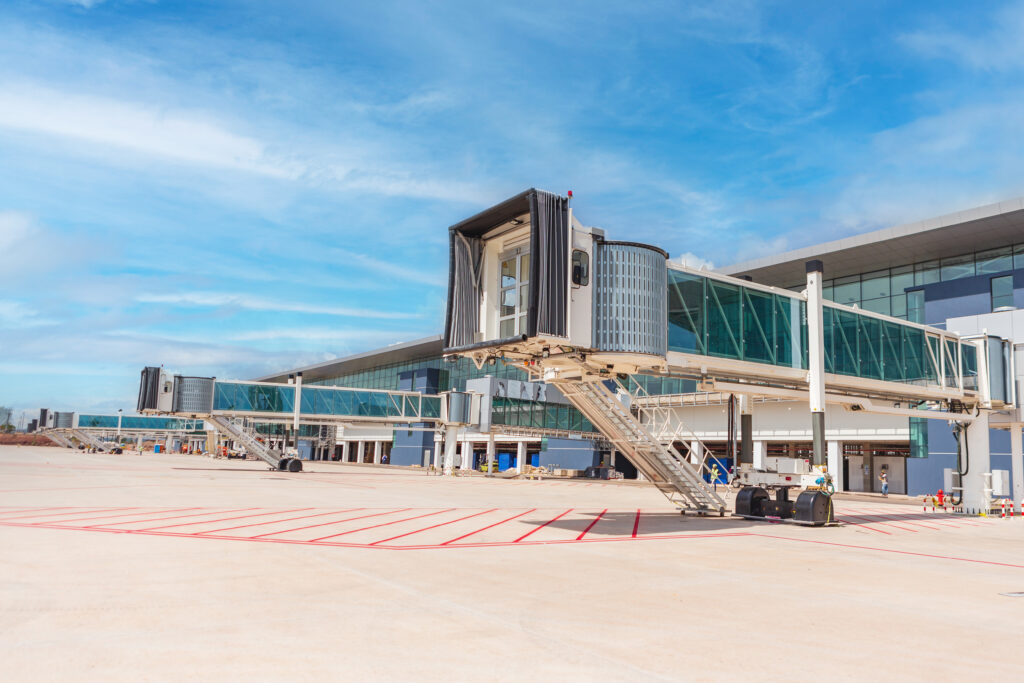 Tegucigalpa. The history of commercial aviation in the country will change dramatically on October 15 with the official unveiling of the modern Palmerola International Airport in the Comayagua Valley, a work that is the product of President Juan Orlando Hernández's vision to turn Honduras into a logistics center. in the Americas.

The paper will be officially unveiled next Friday, marking the beginning of the transition process to the start of operations, scheduled for mid-November with the first international flight.

President Hernández's vision of a diverse, prosperous and developed Honduras allows the country to begin a new era with Palmerola Airport.

The investment of this important work is of 200 million dollars and during its execution more than 2,000 direct and 8,000 indirect jobs were generated. The work is done by the Honduran company Emco.

With this project, which is an initiative of the President, Honduras is at the forefront of air connectivity, which will generate an economic boost not only in Comayagua, but throughout the country and region.

What was inconceivable will now come true with this new airport that has all levels of airport security, logistics and was designed to design Comayagua as a development hub as well as highlight its natural resources and showcase the beauty of this regions.

Palmerola will have a positive impact that will generate better fares, air connectivity, flight frequencies, safety and a higher flow of tourists.

The new airport is complemented by other works promoted by President Hernández, such as the Dry Canal, the junction of the Atlantic with the Pacific, the corridors leading to other Central American countries, and the port terminal. from Puerto Cortés, which are part of the equipment to place Honduras as the Logistics Center of the Americas.

To this mechanism will be added the union of Amapala (Tiger Island) with the mainland through a bridge dreamed of for generations by the inhabitants of that area and which the government of President Hernández is beginning to build with the support of the Central. American Bank for Economic Integration (BCABE).

The new Palmerola terminal is located about 80 kilometers from the capital and 8 kilometers south of Comayagua.

Among the features that the new airport will have are a passenger terminal of almost 40,000 square meters, seven embarkation and disembarkation gates, the capacity to receive up to 13 aircraft on the platform at the same time, a cargo terminal of 3,000 square meters with chain technology. .cold and over 1,200 covered parking spaces.

No sooner said than done

"Palmerola has the potential to be more than just an airport," President Hernández said in August last year when he visited the project with Ralf Gaffal, director general of Munich International Airport in Germany.

Munich International Airport is a partner of the Palmerola project.

"This airport is built and belongs to Honduras, it belongs to us. No sooner said than done. Today, Honduras is a different country. It's impressive and we'll play in the big leagues. We will make the most of it so that people have their employment opportunities ", Hernández underlined.

"The new Palmerola Airport will be one of the axes of the Logistics Center of the Americas, which will become Honduras," he said.

The head of state also stressed on that occasion that together with Palmerola, tourism, public transport, car rental and handicrafts will be blown up, among other benefits of the job.

"I said it then and I repeat it today, from this monumental work: Palmerola has all the potential to be more than an airport, and having Munich Airport as a partner is like having an older brother playing in big championships. of the airport industry, aviation ", underlined the head of the Executive.